Attorney Review Sites: Which, Why and When 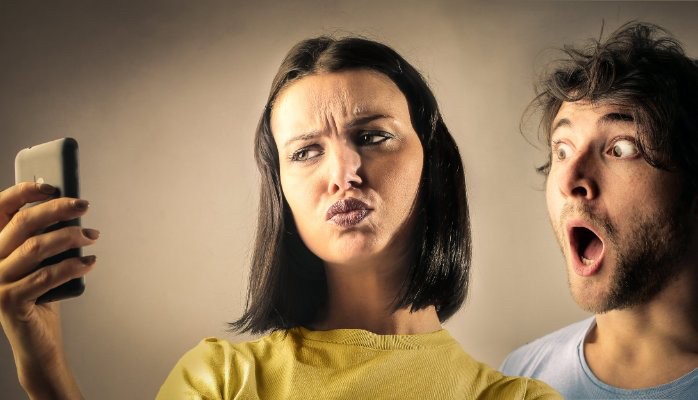 There’s simply no doubt that attorneys need to pay attention to review sites. Reviews impact a law firm’s reputation, client acquisition, and client retention. But with so many review site options, where should attorneys focus their attention?

Not all review sites are created or used equally, making it essential to know which ones seem to play a bigger role for attorneys.

We focused our research on 3 of the biggest review sites for lawyers:

Whereas Yelp and Google+ are general, Avvo is specifically intended to provide attorney reviews.

Yelp is arguably the most well-known review site for the US market.

Google+ benefits from its many integrations with various other Google products (not to mention Google’s brand recognition).

Because each of these review sites has pros and cons, we asked survey respondents to tell us how they would use each service when looking for an attorney. They all evaluated each review site in random order.

This is what we learned.

WHICH Review Sites are Used to Evaluate Attorneys

Respondents told us the likelihood that they would check each of the 3 review sites when searching for an attorney.

Avvo didn’t perform so well, which was probably the first thing you noticed in the graph above. When looking at all of the respondents, 52% said that they were very unlikely to refer to Avvo when looking for an attorney. In fact, only 21% said that there was any chance they’d use Avvo.

Yelp, in contrast, was more popular. Over half the respondents (56%) said that they would likely check Yelp when attorney shopping.

A similar number of people (55%) are willing to reference Google+.

We checked whether this pattern held up across demographic groups. Respondent gender, age, annual income, political group, education level, and relationship status had no impact on the pattern.

The one fact that did impact review site usage was home ownership. Renters were less likely to reference Google+ than homeowners. This wasn’t true for either Yelp or Avvo.

WHY Review Sites are Used to Evaluate Attorneys

It’s possible people are just likely to use the most well-known review sites for pretty much anything. It doesn’t seem like they have a preference for an attorney-specific review site—but maybe that’s just because it’s unfamiliar to them.

To test this, we also asked respondents to tell us how familiar they were with each of the review sites.

Compared to the 3% who were not at all familiar with Yelp or Google+, 8% of respondents said that they knew nothing about Avvo. Another 32% of people said they knew “very little” about Avvo.

Overall, Avvo was significantly less familiar to our respondents than Yelp or Google+. But is that the reason they were less likely to use the site when searching for an attorney?

Once we took their level of familiarity into account (statistically), people seem equally willing to use any of the 3 review sites in their search for an attorney.

Moreover, you might think that the lack of a big brand name was hurting Avvo, but that’s not the case. Quantitative analysis showed that people’s familiarity with Yelp and Google+ seemed to promote their use of those review sites, but their lack of knowledge or unfamiliarity with Avvo wasn’t turning them off. In other words, the big brand names help, but relative anonymity doesn’t convey a lack of credibility.

WHEN Review Sites are Used to Evaluate Attorneys

Finally, we wanted to know when review sites play their role in the process. When do people think to check review sites? First thing or right before hiring the attorney?

We asked our survey respondents to select the stage of the process at which each review site might be checked. They had the following choices:

Here’s what our respondents said.

For people who would actually use the review sites, we identified 2 different usage patterns.

So, it appears that not all review sites are created equal.

Attorneys’ prospective clients seem likely to use Yelp and Google+ in general, compared to the lesser-known Avvo.

They also use Yelp and Google+ earlier in the search process than Avvo. However, they may use industry-specific review sites like Avvo to screen their final candidates.

In many ways, this sequence of review site checking makes sense. They use bigger, more generic tools to ID a smaller pool of candidates, and then switch to review sites that are tailored to that particular industry.

They may believe that those specialized review sites have more relevant or complete information about their candidate attorneys. In most cases, that assumption would be valid.

Knowing how and when your prospective clients will find your review site profile can help you tailor the type of information that’s included there.

Because of the two-step process, you’ll want to stand out on general review systems like Yelp and Google+. Separate yourself from the herd by replying to reviews (when possible) with gratitude, sincere concern, or helpful information.

You should be able to accomplish all of that without implying that there’s an attorney-client relationship. Don’t be afraid to reach out and show that you’re an attorney who listens and cares about feedback.

By the time consumers get to more specialized sites, they’ve reduced their options to a handful of candidates and will now pay closer attention to each. As a result, you should provide as much in-depth information as possible.

In general, following these strategies is a good bet:

Whatever your strategy for handling your online presence, don’t ignore online reviews. Their importance will only grow and you don’t want to be blindsided.

Why Your Referrals Are So Expensive. Make Them Count!

Attorneys! Manage Your Reputations: How Review Sites Impact You